Inspector General Police Punjab Captain (R) Arif Nawaz Khan said that to protect the wealth and properties of pubic upholding the rule of law is the prime responsibility of Punjab police and officers or officials causing hindrance or trouble for public will be punished under with zero tolerance policy. He further said that only those will remain part of my team who will continue to serve the public with hard work honesty and complete dedication, elements showing carelessness in their duty and behaving nonprofessionally will be through out of department. He further said that complete protection of the rights of child and women should be ensured and intelligence based operations should be carried out against land grabbers, murder, dacoity kidnapping for ransom and a weekly report of these should be shared with CPO regularly. He further said that I am delivering this message to all tiers of the force by visiting different ranges myself all officers and officials should gear up for improved service delivery and elimination of anti-social elements by following standards of community policing. IG Punjab further said that police martyrs are pride of Punjab police and best welfare of their families is my personal responsibility and regarding this, initiatives will be continued on priority basis. He expressed these views while addressing officers and officials at Police Darbar in Police Lines Faisalabad. at this occasions RPO Faisalabad Ghulam Mehmood Dogar, CPO Faisalbad Ashfaq Ahmad Khan DPO Jhang Atta-u-Rehman DPO Toba Tek Singh Sadiq Ali Dogar DPO Chiniot Anwar Khetran alongwith other senior officers were also present.

IG Punjab Captain (R) Arif Nawaz Khan was welcomed by RPO Ghulam Mehmood Dogar and CPO Ashfaq Ahmad Khan on arriving RPO while at this occasion DPOs of all districts of region and other senior officers were also present there. A police squad saluted IG Punjab afterwards IG met families of martyrs and said that sacrifices of police martyrs will always be remembered. Their sacrifices are example for the whole force and their families and kids will be taken care of on priority basis.

Later a meeting was held in committee room under the chair of IGP in which RPO Faisalabad briefed him about the situation of crime in region and security arrangements in the region. RPO Faisalabad also briefed IGP about, arrest of proclaimed offenders, training courses related to capacity building of police, provision of Police Khidmat Marakiz at Tehsil level, positive change in police behavior, in time registration of FIRs, emergency calls on 15 and working of complaint cell 8787 according to SOPs issued by IGP. Inspector General of Punjab Police directed officers that merit and discipline must be followed during departmental duties and to address the issues of public on priority basis with courteous behavior.

Captain Retired Arif Nawaz Khan also listened to the issues of police officials and ordered for their immediate solution in Police Darbar at Police line Faisalabad. He emphasized that it is the duty of police officers responsibility to maintain law and order, elimination of crimes with full commitment and dedications. 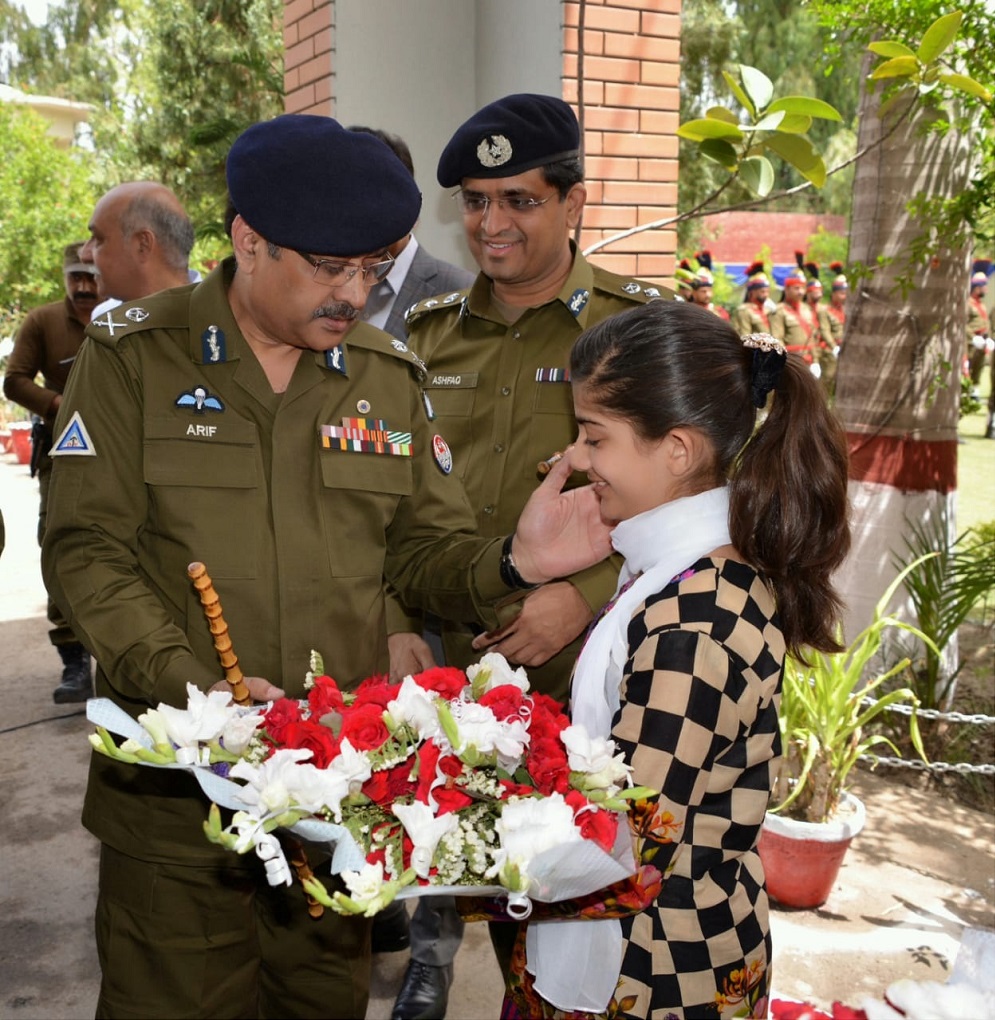