British National Crime Agency paid thanks to IGP Punjab for arresting a convicted absconder involved in cases of child abuse.

British National Crime Agency paid thanks to IGP Punjab for arresting a convicted absconder involved in cases of child abuse.

Country Head Usman Ahmad of British national crime agency and IGP Punjab captain retired Arif Nawaz Khan presented shields to former DPO Nankana Naveed Ahmad and Constable Sikandar Hayat for arresting convicted absconder accused namely Ch Akhlaq Hussain from Sangla Hill. The accused was convicted in child abuse in Britain. It is here worth mentioning that the accused was sentenced for 18 years imprisonment for sodomy cases in Britain but the accused succeeded in fleeing from Britain and bluffing British police and administration. The accused was hiding in Pakistan since many years. Punjab Police arrested the accused from area of Nankana Sangla Hill and handed the accused over to FIA police. Country head of

British National Crime Agency visited Central Police Office and paid thanks to Chief of Punjab Police Capt. (R) Arif Nawaz Khan upon arresting the international criminal who was at large since last six years also.  Issues of mutual interest were discussed in the meeting. While discussing, IGP Punjab said to chief of British National Crime Agency that there is no tolerance and leniency for persons involved in heinous crimes of sodomy, child abuse, kidnapping, torture and other crimes and steps are being ensured to eliminate such criminals from the society. He further said that modern scientific means and modern investigation tools are being utilized for investigation of incidents like sexual abuse and murders so that real accused my be identified and punished strictly without any delay. IG Punjab told country head Usman Ahmad about IT reforms and other many projects of Punjab Police. IG told that with the help of effective use of information technology Punjab Police is ensuring protection of wealth and lives of people and it has also proved helpful in eliminating criminals. He told that Police Khidmat Markaz Project has made the best service delivery possible to general public. During the meeting, country head of British National Crime Agency Usman Ahmad acknowledged the professionalism of Punjab Police and said that the arrest of accused Ch Akhlaq Hussain by strategic acumen of SSP Muhammad Naveed and Constable Sikandar Hayat is really plausible because arrest of the accused was a challenge for British institutions since many years. Addl IGP Operations Punjab Inam Ghani was also present at this occasion. 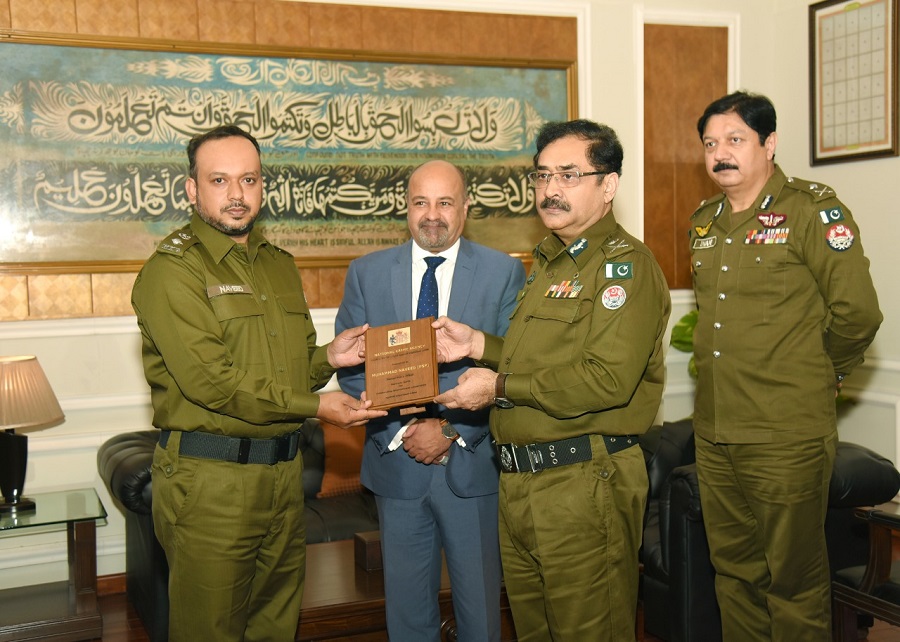