LAHORE: The police chiefs of three provinces on Tuesday held a marathon meeting to formulate action plan in tri-border areas (TBAs) of Punjab, Sindh and Balochistan to eliminate the hideouts of proscribed organisations and criminal elements.

Presided over by Inspector General of Punjab Police Arif Nawaz Khan, the meeting was attended by his counterpart of Sindh Kaleem Imam who had specially arrived at the CPO office in Lahore and additional IG Balochistan Naeem Akram Bharoka represented his province’s police chief.

Balochistan IGP Muhsin Hassan Butt, however, attended the meeting through a video link while KP police chief Naeem Khan could not participate.

It was the first meeting of the police chiefs under Expert Group for TBS which was formed by the Interior Ministry on the direction of Prime Minister Imran Khan. The ministry had decided that the meetings of the group would be hosted by the IGPs by rotation. The next meeting is scheduled to be held in Khyber Pakhtunkhwa.

An official told Dawn that the prime minister had assigned task to the group to review the matters regarding the tri-border security to develop a consensus for joint action plan. The plan was to be submitted to the prime minister for further action, he said.

He said the meeting decided to carry out joint operations in border areas of Punjab, Sindh and Balochistan.

The police chiefs agreed on 10 key points which included beefing up security of vital installations and infrastructure in the TBAs, combing and intelligence-based operations, conversion of tribal and border areas to settled areas, reconciliation and mainstreaming of the population, rehabilitation and improvement of health and education facilities, establishment of riverine police force and posts, capacity building of police both in hardware and training, infrastructure development of roads and bridges, land reforms and action against qabza mafia and enhanced coordination among TBA stakeholders and intelligence sharing between agencies.

During the meeting, the official said, the IGPs agreed that the police force needed more weapons and equipment to clear the areas of border districts on the Indus River, forests and katcha areas. They would ask the provincial governments for the provision of the support to launch operations without facing any shortage of the supplies.

He said the meeting also unanimously decided strategic plan for the border areas including Sadiqabad, Kashmor, Dera Bugti and Loralai to address the issue of law and order and to prevent smuggling of drugs and weapons.

“Timely information sharing and intelligence-based operations were also agreed to stop the movement of criminal elements in the areas and to speed up the operations against them while keeping a close coordination with other law-enforcement agencies,” he said.

The riverine posts in border districts would be strengthened by involving the Railways police during joint operations.

The police chiefs also decided to enhance coordination at the grass root level to carry out joint operations of police force of the three provinces against criminals involved in kidnap for ransom, dacoity and other heinous crimes and to stop the movement of criminal elements.

“The meeting agreed to launch combing and intelligence-based operations against the network of proscribed organisations involved in anti-state activities, funding and other criminal actions,” he said.

It was also decided that the district police officers of tri-border districts would meet on a monthly basis to further improve the border security. Similarly, the regional police officers would meet every three months and the IGPs every six months to review the joint operations.

The Sindh IG will chair meeting of the Expert Group in Karachi in January 2020. 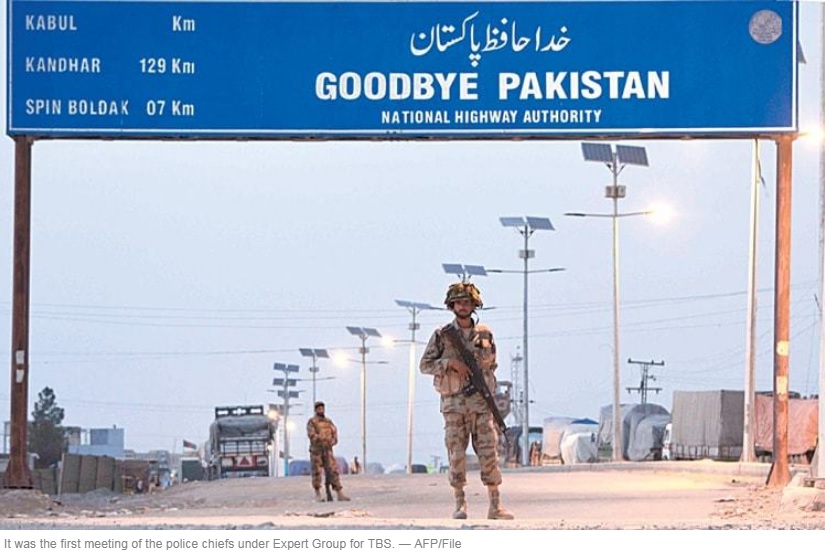