IG Punjab took notice of the torture on a women in vehari, accused arrested

There is no place in department for the black sheep involved in private lock ups and custodial torture: IG Punjab

Inspector General Police Punjab Captain (retired) Arif Nawaz Khan said that officers and officials involved in torture on citizens deserves no leniency and a strict departmental action is being taken against the officers and officials trespassing their authority making an example of them for the whole police force. He further said that in case of any misbehave with citizens, private lockup or custodial torture in any districts senior officers will also be held accountable. He expressed these views while issuing directions to the officers taking notice of the torture on a woman in Vehari.

Upon IG Punjab notice RPO Multan Waseem Ahmad Khan visited the house of police torture victim woman on Saturday night assuring her complete cooperation and a strict action against the involved/responsible. Team formed under the leadership of SP Investigation Vehari registered an FIR according to the   statement of effected woman Zahoor Elahi. Police team has arrested 8 accused out of 13 including DSP, SHO, Incharge CIA, Incharge IT Muharar and three others while raids are being carried out for the arrest of remaining. While IG Punjab Captain (retired) Arif Nawaz Khan suspended the SDPO Sadar Vehari Tariq Pervaiz on the account of misconduct and inefficiency and directed him to report to Central Police Office. 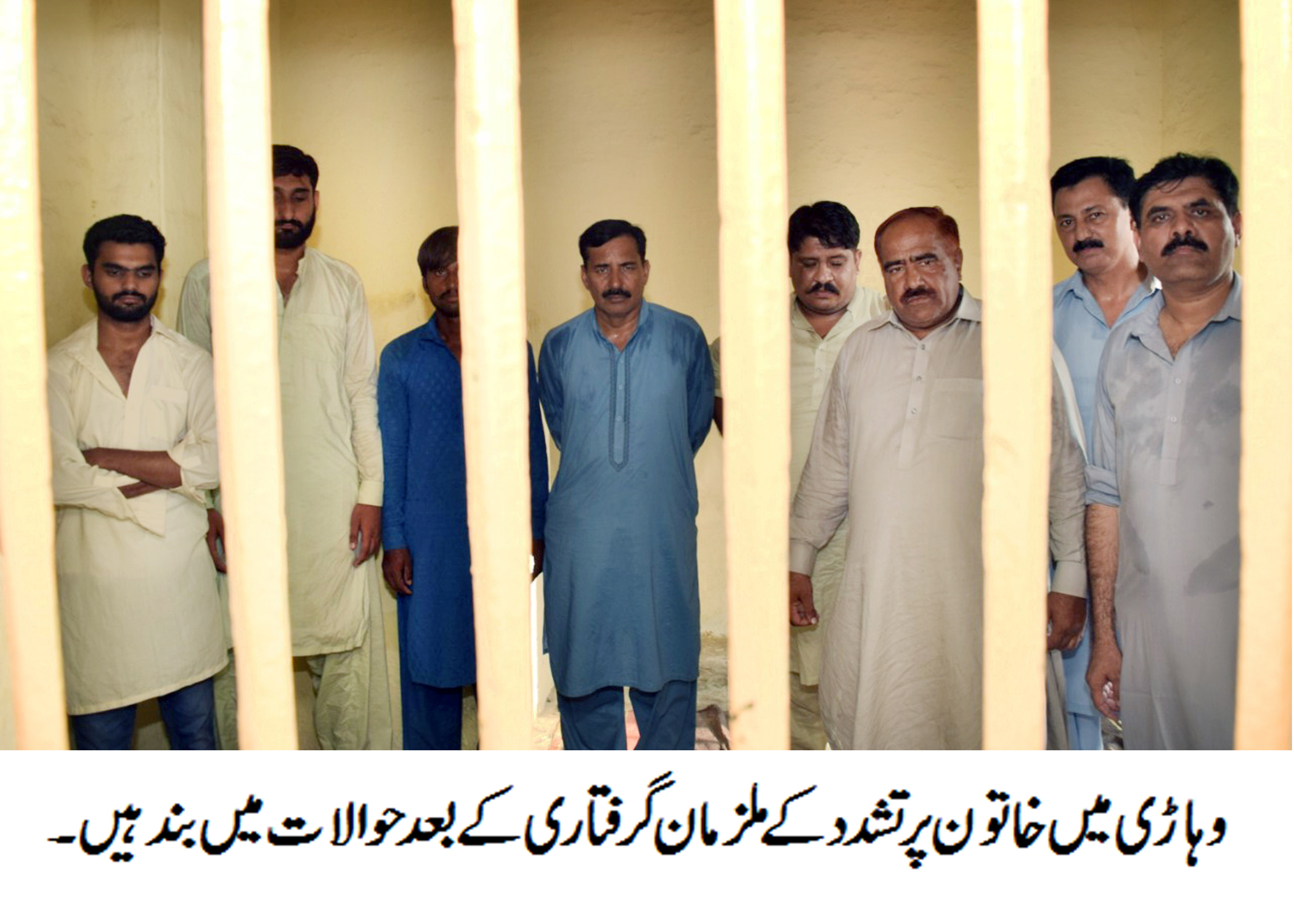