IG Punjab applauded the police team for thwarting the abduction and killing attempt of a 3 years old child by a maniac, whose marriage proposal was rejected.

IG Punjab applauded the police team for thwarting the abduction and killing attempt of a 3 years old child by a maniac, whose marriage proposal was rejected.

The child was found in critical condition at 5 km in the suburbs of the city, due to the provision of timely medical aid child is stable now.

Inspector General of Police Punjab Captain Retired Arif Nawaz Khan while applauding the efforts of the police team, 3 years old child Muhammad Hassan was abducted by a maniac person who tried to kill the child after severe torture due to rejection of his marriage proposal. IG Punjab further added that accused involved in rape and abduction of women and children must be brought to justice without any delay ensuring effective steps to stop such incidents.

According to the details, last night at 8 pm information was received at 15 Toba Tek Singh that a child Muhammad Hassan s/o Abdul Rehman resident of the street no 5 Mohalla Bakshi Park has been abducted, local SHO and Circle officer rushed the scene to start the search for the missing child. DPO Toba Tek Singh Waqar Qureshi also arrived at the scene from Peer Mahal and formed a special team for the safe recovery of the child, the team arrested Hammad Sidique on the basis of intelligence and proofs, during investigation Hammad told that he wanted to marry paternal aunt of the kid but her family rejected the proposal so to teach them a lesson I abducted the child and after torturing him I threw his body in the sugarcane fields some 4 KM away from the city though I am unable to identify the place now. Police team started searching the area and after a search of 6 hours found the child in critical condition some 5/6 KM  away from the city. The child was in very bad condition his one arm was broken with visible torture marks on his face and body. The child was immediately transferred to the DHQ hospital, the child is still in the emergency ward but his situation is out of danger now. After registering an FIR against the accused further legal procedure is being followed. Upon safe recovery of the child parents, public, and civil society highly appreciated the efforts of Punjab Police. IG Punjab directed field officers specially DPOs to ensure effective measures and supervision of cases regarding the children and women so that every possible protection can be provided to the sensitive segment of society. 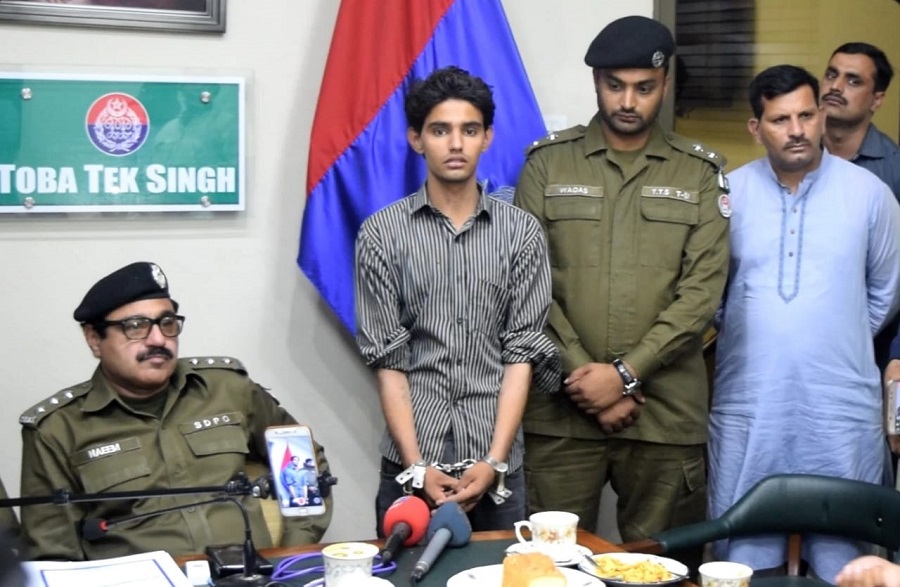