Parents of kidnapped children visited CPO to pay thanks to Punjab police for safe recovery of their children.

Parents of kidnapped children visited central police office to pay thanks to Punjab police for safe recovery of their children.

Parents and relatives of children met IG Punjab and praised DPO Toba and police team for their dutifulness.

With the grace of Allah, Punjab Police also succeeded in sorting out challenging case of children in Toba Tek Singh like Chunnia.

Inspector General Police Punjab Captain (R) Arif Nawaz Khan said that Punjab Police is working with full commitment and devotion in order to stop incidents of child kidnapping and abuse so that the accused may be taken to their ultimate end and with the grace of Allah Almighty after case of Chunnia,Toba Tek Singh police has safely recovered the children who were kidnapped for ransom of 50 lac and also successfully saved life of a child who was thrown away into the sugarcane fields after the murderer perceived him dead after non stop search operation of 9 hours which is satisfactory for all force including me. He further said that except Police, parents, teachers, religious scholars and civil society should also play an active role in controlling child related cases so that no stone should be left unturned in taking such accused to strict accountability and the severe punishment. IG Punjab congratulated the parents of the kidnapped children for safe recovery of their dear children and said that mutual cooperation of public and police is the need of time for eradication of social evils in the society and Police will be playing its role on priority basis. These views were expressed by him during a meeting with parents of children who came from Toba Tek Singh and their children were recovered by police teams from callous kidnappers.

The parents of the children especially thanked DPO Toba Tek Singh and circle officers and officials and said that Punjab police has won our hearts by recovering the children with full determination, hard work and full commitment. They acknowledged that by the professional techniques of police, their children have been recovered safely upon which they are grateful to Punjab police. Anam Bibi mother of kidnapped children Hannan paid homage to Punjab police and said that the safe recovery of kidnapped children is proof that Punjab police is serving their duties with diligence by which environment of peace is maintained. IG Punjab while directing to officers said that police officers and officials who ensured safe recovery of children deserve “Shabash” and are pride of department and also bright example for rest of the force and they will be encouraged at every level. He further said that police officers and officials should devote themselves in more active way to serve the public with more hard work, devotion and commitment so that live and properties of people may be saved. He further emphasized that preferential steps should be taken to resolve the cases of child abuse and torture and no negligence or professional slackness shall be tolerated in this regard. Add IG operations Inam Ghani, AIG Admin Hasan Raza Khan with other senior officers were present at this occasion. 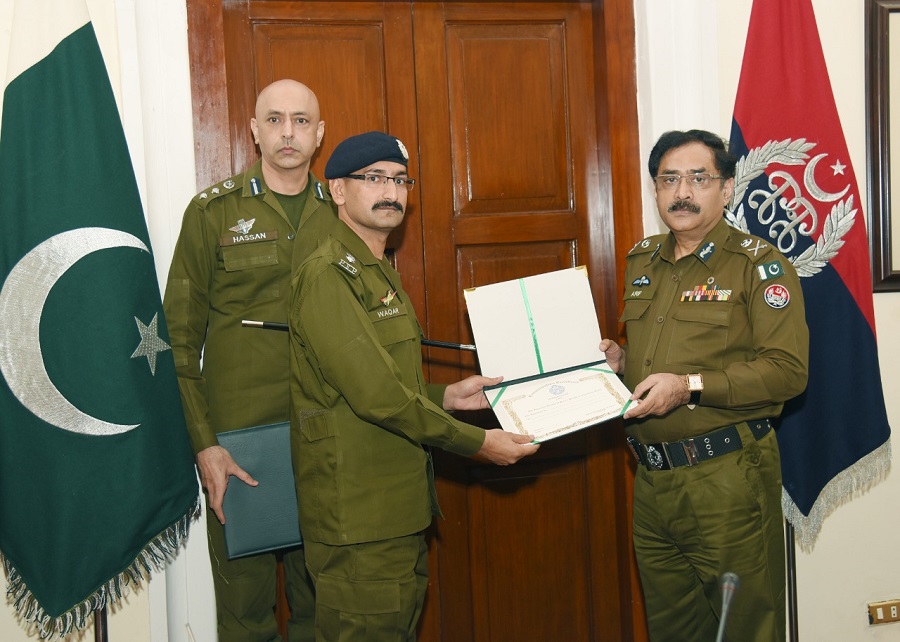 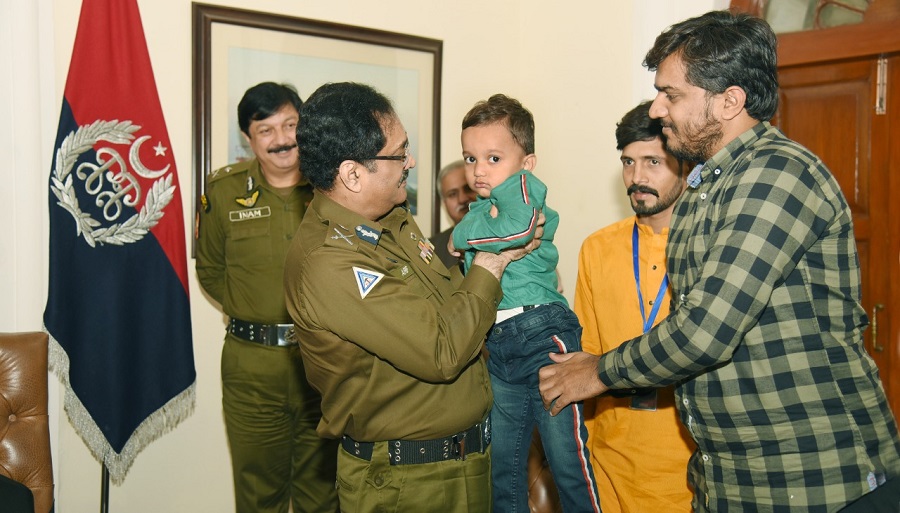