Inspector General Police Punjab Capt (r) Arif Nawaz Khan said that according to the vision of PM of Pakistan and CM Punjab, Punjab Police is endeavouring hard to promote soft image of country by providing security and guidance to the tourists and in this regard tourist police is being started from Kartar Pur corridor to facilitate and support Sikh pilgrims and tourists. He further said that tourism plays an important role in the economy of any country so a special contingent of tourist police is being started who will perform their duties with responsibility and hard work to make the visits of Sikh pilgrims and tourist memorable. After kartar pur the ambit of tourist police will further be increased to Murree, Fort Monroe and Nankana Sahib, which will further increase the prestige and honour of the department he further shared. The first contingent of tourist police started from Narowal consist of 100 personals trained in crime-fighting and public dealing at Police College Lahore and equipped with the latest equipment and heavy bikes. Tourist police will provide help to visiting Sikh Pilgrims and will also provide the required legal assistance.

He expressed these views today at the inauguration ceremony of Tourist Police during his visit to Narowal. At this occasion, Addl IG PHP Manzor Sarwar Chaudhary, RPO Gujranwala Tariq Abbas Qureshi, DPO Narowal Zulfiqar Ahmad and other senior officers were also present. IG Punjab also lauded the efforts of Addl IG PHP for forming a special contingent of tourist police in a period of one month.

IG Punjab in his address further said that terrorism in the last decade adversely affected Pakistan tourism. Due to the sacrifices of armed forces, provincial police forces, rangers and FC peace have been restored in the country and tourists across the world are visiting Pakistan. Punjab police acted as a front line soldier and 1500 martyrs and many GHAZI are proof of our sacrifices. Officials of Punjab Police will continue to serve and protect the public even at the cost of their own lives; we are also committed for our capacity building using the latest technology training and effective use of available resources. He further said that without the public’s cooperation no police force can achieve its objectives so police officers and officials should gain the trust of the public by improving the performance and dealing public congenially ensuring that problems of poor and deserving citizens are being addressed at priority.

While speaking at this occasion DPO Narowal said that Narowal police has been reformed on modern lines as per the vision of IG Punjab, police lock-ups, SHO office, and front desks are digitized now with the help of CCTV cameras and police officers and officials will leave no stone unturned to provide the best service delivery to public within available resources.

Afterwards, IG Punjab visited District Police Lines Narowal, where he was presented salute by a police squad. IG Punjab laid a floral wreath at Martyr Monument and offered prayer for their higher ranks. 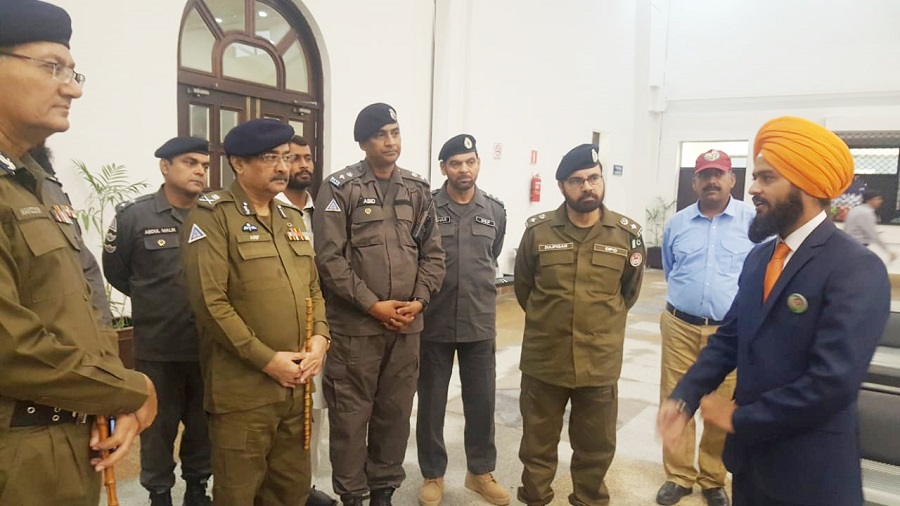