DPOs should ensure timely  actions for stopping crimes of murder in the name of honor, sexual torture and other crimes. IG Punjab.

As per directions of IG Punjab Shoaib Dastgir, Punjab Police took prompt and timely action in District Nankana and rescued daughter of eve who was supposed to be murdered in the name of honor. Missing girl Ayesha has been recovered from village and shifted to shelter home. According to the details, the accused Ali Raza had killed his sister Samina bibi after firing in the area of Nankana village Mangtan wala at village of Peepal wala. In view of the above incident, Human Rights Commission of Pakistan sent a letter to IG Punjab and human rights cell of Punjab Police in which it was requested to take timely steps for saving the life of Ayesha bibi who was niece of murdered girl namely Samina Bibi. It was further read in the letter that Ayesha is missing since many  days and according to the neighbors she was also intended to be murdered. Upon the letter of human rights commission and directions of IG Punjab, AIG human rights cell, central police office, Saif Ul Murtaza not only sent letter to DPO Nankana for taking quick action but also called to DPO for timely recovery of Ayesha Bibi. Upon this, police took adequate action and  produced her in front of first class magistrate in Nankana sb after recovering her from the village. In the court, statement of the girl was written and upon her request she was moved to shelter home. Police team also arrested murderer of Samina bibi Ali Raza and also recovered the weapon of murder from his possession despite saving the life of Ayesha Bibi who was the niece of deceased Samina bibi and foiled the plan of murder of Ayesha. Legal action is being taken against the accused whereas police teams are engaged in arresting other alleged persons involved in the incident.

Human rights commission of Pakistan paid homage to IG Punjab Shoaib Dastgir and Human Rights Cell, CPO for saving the life of the girl. In a message sent by the HRCP, efforts of Police have been acknowledged and due to timely action of Punjab Police, the life of a girl was saved from being murdered in the name of honor. IG Punjab Shoaib Dastgir directed to all RPOs and DPOs of the province that they should take adequate steps under their supervision in order to stop incidents of child and woman sexual abuse along with other heinous crimes and the progress  reports of such cases should be furnished to Central police office on weekly basis. It was further directed by IG Punjab that DPOs should themselves move at the spot in case of such incidents especially sexual torture, woman and child abuses and such cases should be taken to the ultimate end by utilizing Geo fencing and forensic science so that strict  legal actions can be taken against such callous accused. 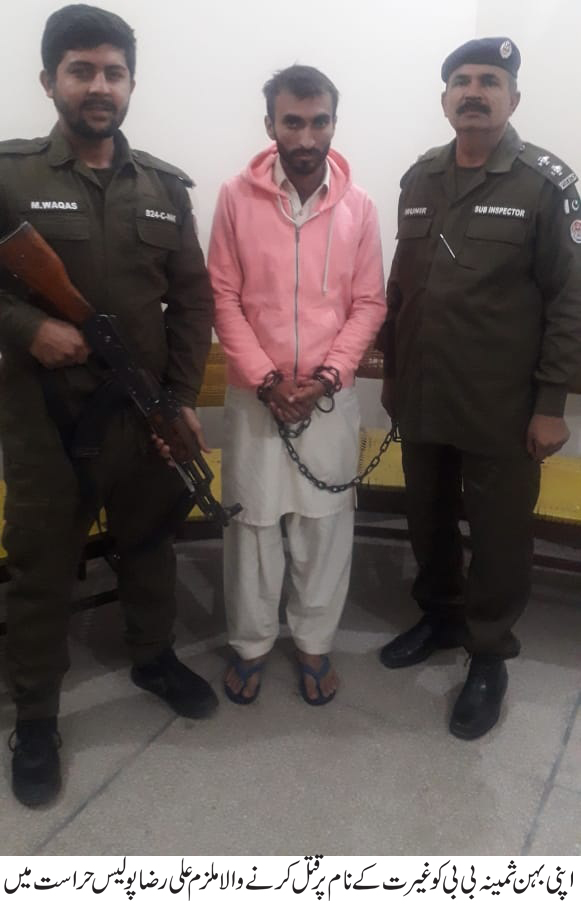