Lahore:Inspector General of Police Punjab Dr. Syed Kaleem Imam praised and appreciated DPO Sahiwal Gulam Mubashir Maiken for recovering a nine months old infant who was kidnapped in Sahiwal. DPO handed over the recovered infant Wardan Ali to his mother in the court of Justice Shehzad Malik in Lahore High Cour. According to the details Abida Pareveen (resident of Harrappa) got married to Afzal aka Khurram.
Khurram is accused in more than 35 murder attempts, murders, robbery and other henious crimes and there are cases against him in other districts as well. The suspect had dispute with his wife after that he abducted his three months old child and handed him over to his divorced sister Mona. The mother of infant registered a case against the suspect in thana Fatah Sher and took help of Lahore High Court for the recovery of her child. Police raided different districts including Lahore and Karachi and at last the abducted child was recovered from Walton Lahore after the untiring efforts of 6 months. Police has arrested both suspects Khurram and Mona from the spot. Justice Shehzad Malik appreciated the efforts of DPO Sahiwal and said that police should continue to provide safety and security to the life and properties of the public with same zeal and rigor. IG Punjab also
lauded the efforts of DPO Sahiwal and his team and said that all the officers and officials of Punjab police should continue to perform their duties for public service. 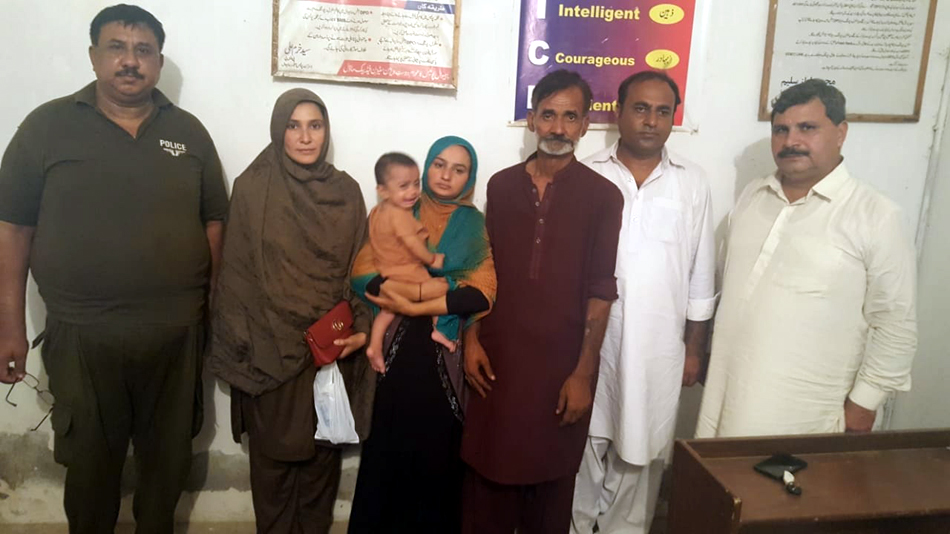