Sacrifice of lives of more than fourteen hundred martyrs proves that elite police force is serving its duties with full honesty, diligence and hard work. By the grace of Allah Almighty and the sacrifices of force, the people of Punjab have got rid of monster of terrorism and leading their lives without any fear. We have vowed to clean the province from crimes and terrorist activities and will leave no stones unturned to serve our duties, in this regard.

There are total 976 officials who were passed- out, among which 125 belongs to Prison Police whereas 851 are from Punjab Police. The said course was started in 2018 having 6 month training period.

On this occasion, IG Punjab further added that these passed- out officials have been trained under the supervision of expert instructors of SSG and officers of elite police. They have also been trained with modern courses in order to counter terrorism. IG Punjab while, addressing to passing- out squad expected that they will not only retaliate against terrorism but also play their role in countering against land mafia, murder, sectarian violence and other heinous crimes in the society.

IGP added that protection of lives and properties of people is our top priority because you will find yourself among public after this day and will use the authority delegated by the State to you for the safety and survival of people and maintenance of law and order and if this authority is misused then it will be an act of dishonesty. I also want to clear that there is no place in Punjab police for power abusers and dishonest officers and officials. 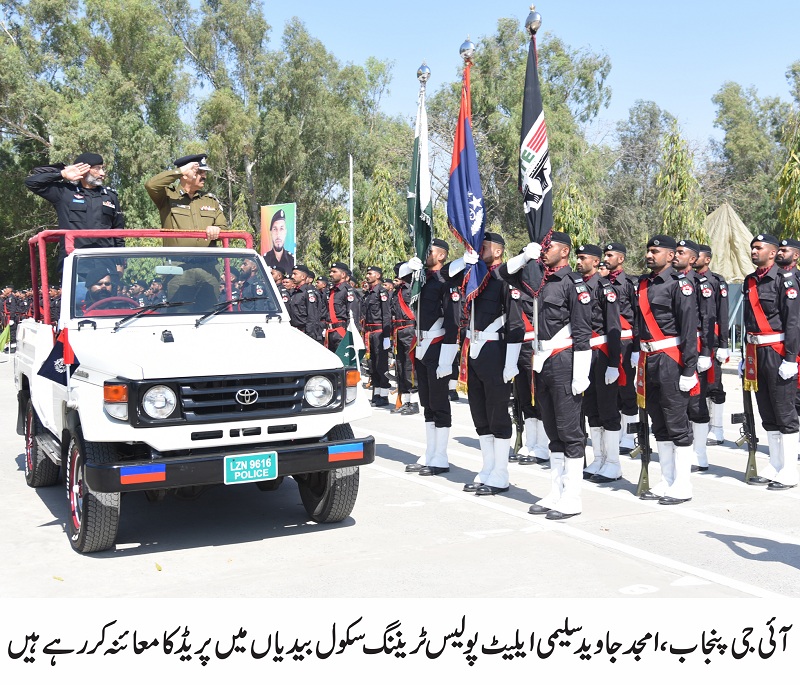