Addl IG operations Punjab Inam Ghani said that due to timely and efficient actions of Punjab Police, 86% decline in  incidents of terrorism has been recorded as compared to previous years whereas ban on  all activities of defunct organizations especially their charity collection are being dealt with iron hand. He further said that Punjab Police has been upgraded with the help of dolphin force, SPU and other specialized units and more than three Lacs citizens have benefitted more than 14 facilities under one roof from police khidmat Marakiz in all districts of the province. These views were expressed when answering to queries of officers of 25th senior management course from national institute of management Peshawar at central police office today. DIG operations Captain retired Atta Muhammad was present on this occasion.

23 officers of senior management course paid a study visit of central police office and were briefed by Addl IG operations Punjab Inam Ghani about working of Punjab Police. He told to the participants that, for the protection of lives and wealth of people, Punjab Police is following parameters of smart and community policing and 8787 complaint management service has been established for quick relief to public complaints. SP complaints have also been appointed in all districts in this regard. He further added that, the individuals listed in fourth schedule are being monitored under nation action plan regularly. Criminal hideouts in area of katcha have been eliminated due to best strategy of Police. Punjab forensic science laboratory is providing assistance to other province's police for investigation of heinous crimes. Under strict internal accountability system, process punishment for corrupt, dishonest and power abusers is going on. New modules of investigation, modern policing and public dealing have been included in police training syllabus. In the end of the meeting Addl: IG operations presented a memorial shield of Punjab Police to leader of the delegation. 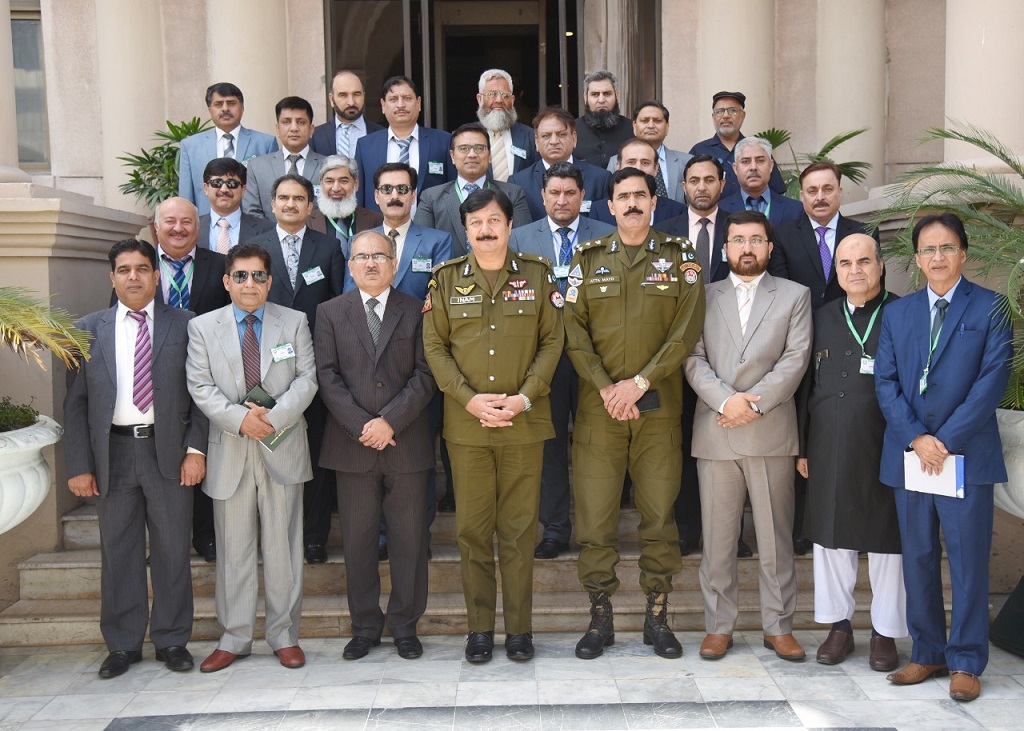