A session regarding training course was held at CPO

Additional IG training Tariq Masood Yaseen said that in order to ensure better training of officers and officials of Punjab Police, modules of professional skills along with character building and moral values have been included in the syllabus of training whereas for improving public dealing and behaviours of Police officers and officials in accordance with the Islamic teachings are also included under supervision of experts. He further said that as per vision of IG Punjab Captain (R) Arif Nawaz Khan, for best training and promotion of efficient community policing the training courses are being upgraded besides getting feedback from the force. He expressed these views while presiding a meeting at central police office held to review lower school course. On this occasion, Chief Law Instructors of Punjab Police, educationist Umar Ghazali, Dr. Shoaib Ahmad, lieutenant Colonel (R) Maqsood Mazhar along with other experts and trainers were present. Distinguished officers of previous courses were also present at this occasion.

Addl IG Training Tariq Masood Yaseen told the major objective of this session is to seek feedback of force and chief law instructors about previous course to further make it better. He moreover said that it is our basic aim that professional responsibilities and capacity building of Police officers and officials should be enhanced and improved. Their character building and personality grooming accompanied with constructive thoughts should be made better. He said that police force has to serve within public so it is indispensible that they should understand the difference of dealing between law abiding and law violators and also observe respect for humanity. On this event, opinions have been taken from personnel of Police force regarding newly oriented training course and they acknowledged inclusion of knowledge and character building subjects and also shared their personal experiences in the line of duty. Moreover Addl IG Training Tariq Masood Yaseen also presided the session regarding course for traffic assistants and traffic wardens in which expert academicians, transporters, chief law instructors and traffic wardens and traffic assistants participated. On this occasion Addl IG Training Punjab told that the course and syllabus of traffic assistants and traffic wardens have also been upgraded in accordance with the contemporary needs. He further told that as per vision of IG Punjab Captain (R) Arif Nawaz Khan, in training courses of traffic wardens and assistants the modules of moral values, character building, personal grooming and public dealing have been incorporated so that traffic police may ensure effective communication with the citizens and transporters both may play their role for smooth flow of traffic. Suggestions from traffic wardens and transporters have also been taken in order to make course of traffic wardens and traffic assistants further better. 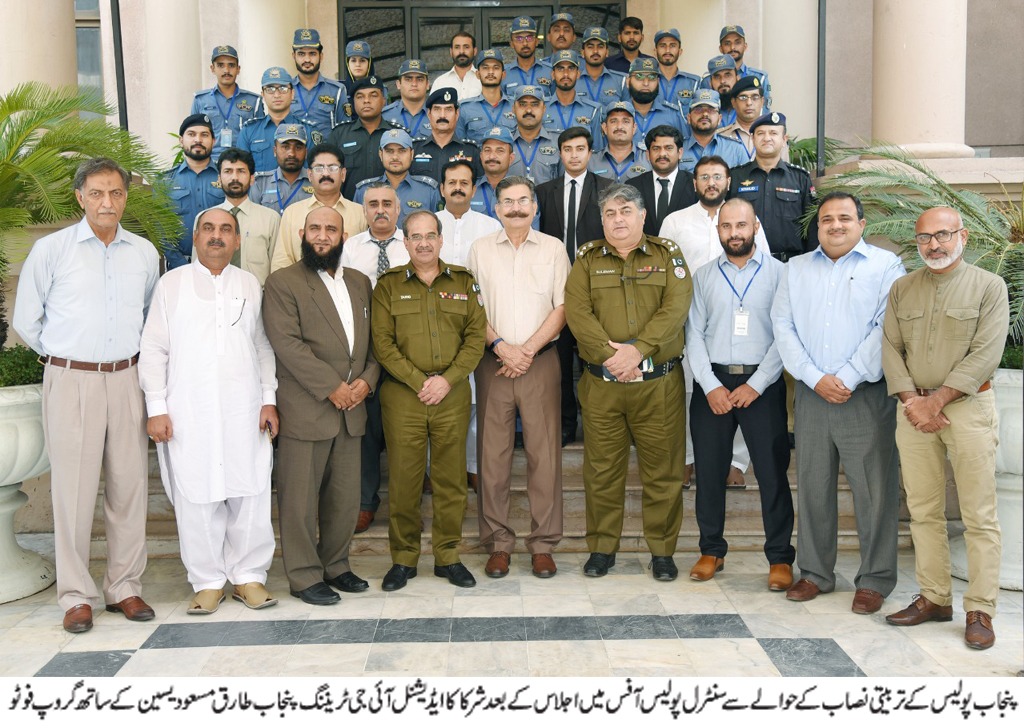