LAHORE: The Old Anarkali police arrested an assistant sub-inspector (ASI) for misbehaving an elderly woman and threatening her with consequences at the Central Police Office on Thursday.

Identified as ASI Asif Ali, the police official was suspended from service and booked under charges 155 C of the Police Order.

Action was taken against him after a video footage of the incident went viral online showing the arrogant officer abusing the elderly Kundan Mai, 85.

“Shut your mouth, I’ll beat you with your stick,” the police official is heard shouting at the woman.

The woman said what she had done. Kundan Mai had come to Lahore from Muzaffargarh to meet the IGP in an open court.

A police official said the ASI stopped her at the security point, and treated her rudely when she requested for an early access to the IGP because of her poor health and muggy weather. He said the ASI turned abusive when she took a chair meant for the staff to take rest.

Inspector General of Police retired Capt Arif Nawaz took notice of the incident and ordered arrest of the police official.

He said that being member of a disciplined force, the act of the ASI was serious violation of the rules and also brought bad name to the police department. 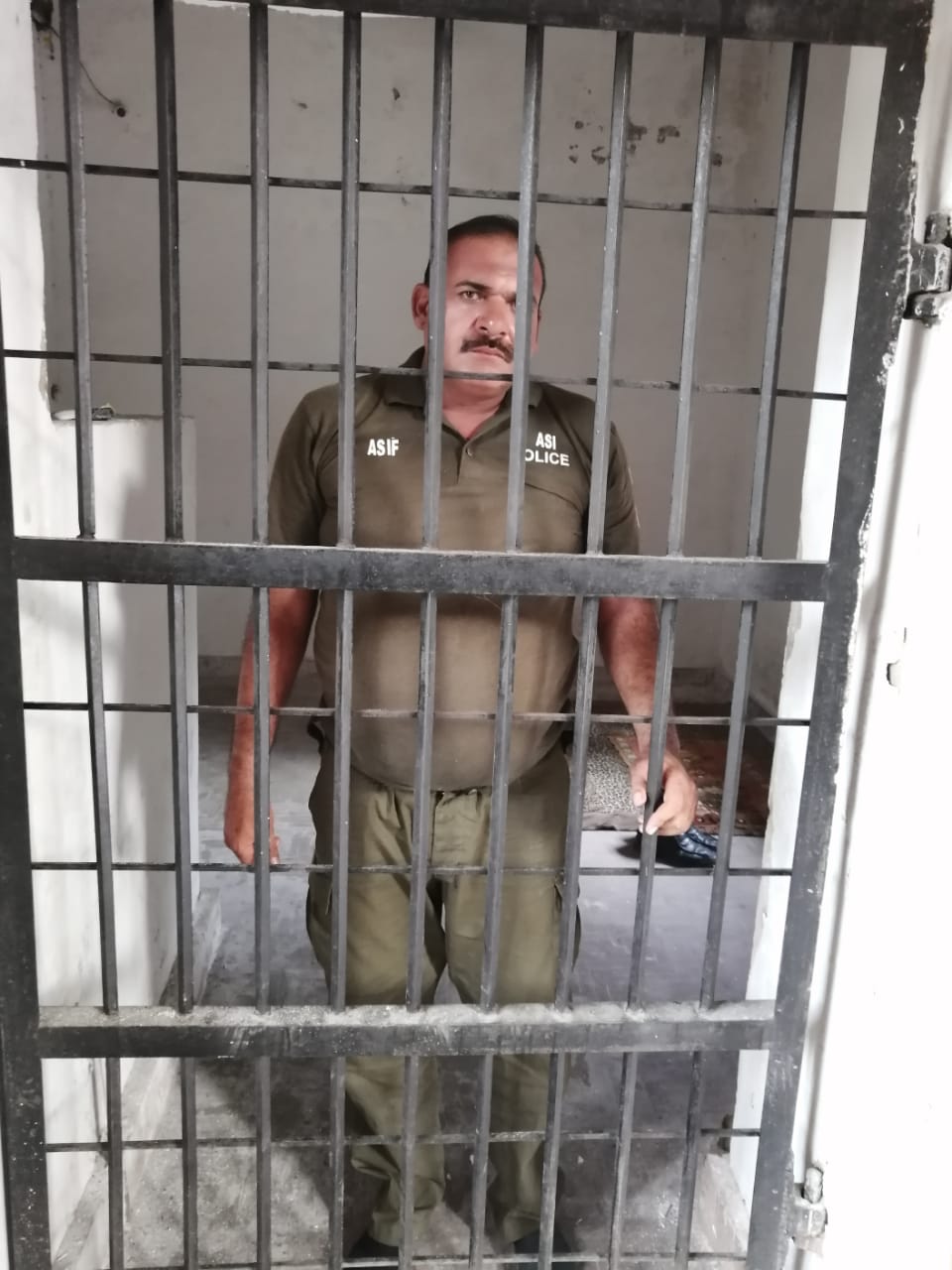