As head of the Punjab Police, I will encourage and appreciate good performers but there is no place for disobedient and ill-disciplined.

Public trust can only be won by improving public service delivery and self-accountability system.

Strict action shall be taken against those who are not caring for the self-respect of citizens in public dealing: IGP Punjab

Inspector General Police Punjab Shoaib Dastagir said that 85 % constables of Punjab police are its actual face which represents Punjab police directly by their body language behaviour and uniform at public level during duty, so to improve the public image of the police and revive its respect and dignity constable must adopt congenial demeanour with professionalism. He especially directed that while performing their duty one should keep in mind that Punjab Police sacrificed hundreds of lives so strictly refrain from any such act which could cause bad fame to the sacred mission of martyrs. In his address, he further said that Lahore police is my home and I have served here at different ranks and as head of the household I will encourage and appreciate the individuals who are performing well while I also want to make it clear that there is no place for disobedient.

He further said that we can meet public expectations only by further improving public service delivery. He further said that effective implementation of law is among our primary responsibilities so adopting an open-door policy it must be ensured that self-respect of every citizen is cared for and anyone misbehaving with the public has no place in the police department and strict action will be taken against them. He said that this uniform and power is a blessing of ALLAH so it is our duty to perform humbly.

He further said that reward and punishment system in police department is being further strict and officers and officials who perform their duties with hard work, commitment and honesty will be encouraged and appreciated at every level leadership will also stand by them but in case of carelessness, slackness and trespassing the powers no leniency will be shown. He further said that while inspecting the Police Stations officers should also focus on the record and crime graph besides checking the infrastructure. He further said that we have to win the public trust by improving the public service delivery so by hard work play your efficient role in this sacred mission.

He expressed these views while addressing police darbar and Media talk at Police Lines Qila Gujar Singh Lahore. Upon his arrival, he was presented salutation by an active police squad after which IGP offered Fateha at martyr’s monument. At this occasion CCPO Lahore, DIG Operations Lahore and other senior officers of Lahore police were present.

He further added that keeping in view the available resources we all know that police cannot provide security to every citizen but it is our duty to promote a sense of security by working with honesty and commitment. At this occasion, while talking to media IGP said that all postings will be on merit in the police department because the promotion of merit and elimination of sifarish culture is in my priorities. He further said that as head of the department it is also my duty to take care of the welfare of police force besides getting best results so especially I will continue to resolve the problems of martyr families. He further said that in police department constable is most important to me as his respect and dignity is actually of the police department so by resolving their issues, every possible measure will be taken to protect their dignity and respect.

In a special meeting with officers after police darbar IG Punjab directed to establish modern integrated control rooms at entry and exit points of city Lahore, these should have record of all criminal elements stolen vehicles and monocycles ensuring a thorough checking of vehicles. He further directed to establish effective monitoring mechanism of these control rooms at Central Police Office, CCPO and DIG Operations office. 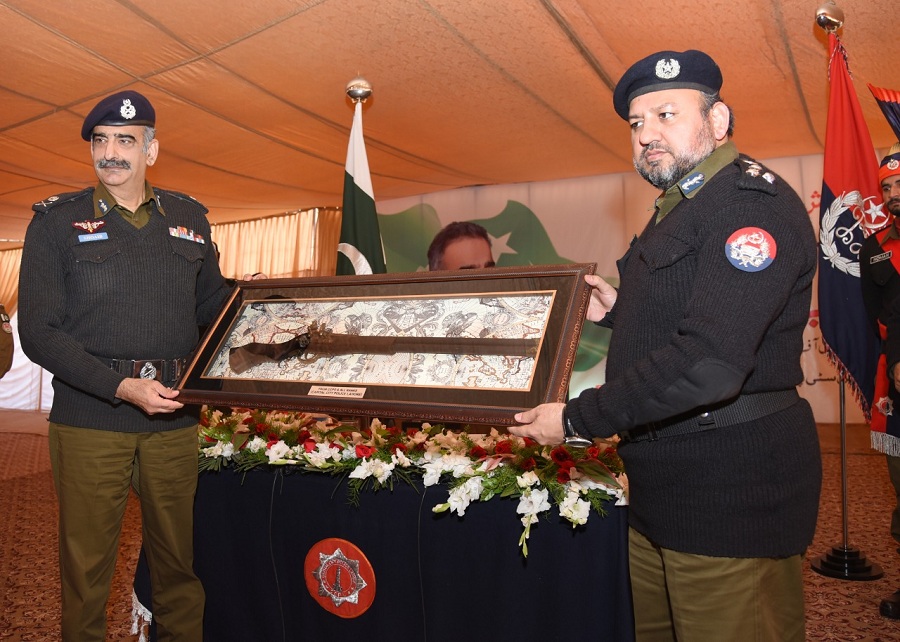